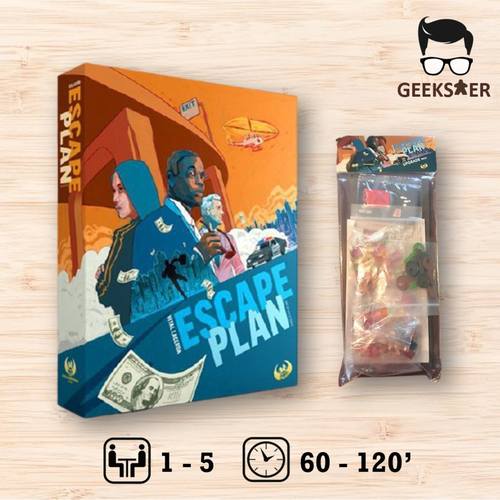 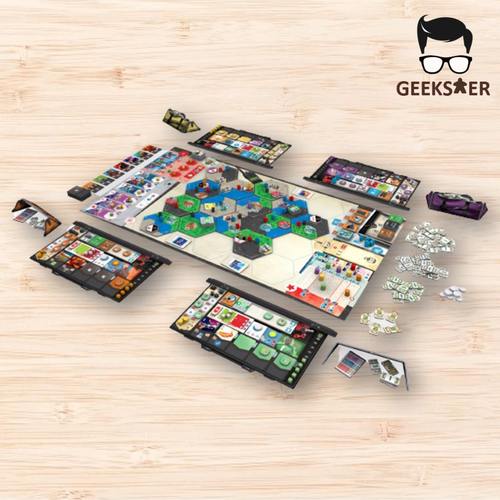 Board Game Geek Rating: 7.7/10 No. of Players: 1 - 5 Playing Time: 60 - 120 Min Age: 12+ Review: The Dice Tower https://www.youtube.com/watch?v=edX87Xr-Rtc&t=265s How to Play: Rahdo https://www.youtube.com/watch?v=A0Cm4Tpl6u0 In Escape Plan, players are the thieves, but they may influence the cops' moves every turn. The robbers move on a modular board trying to reach the best spots to recover their loot and escape from the city with more money than the other thieves. The cops are trying to thwart their escape plan — by force if necessary. The players play cards to aid their escape and slow the other players down. The players take actions that allow them to move and to engage gangs, mules, and snitches. It contains asymmetric roles set by missions that players may achieve during the game while avoiding the police. The players' roles as thieves are individual with every player for themselves. In the end, only the player who escapes with the most cash wins. The game design is influenced by great heist films. 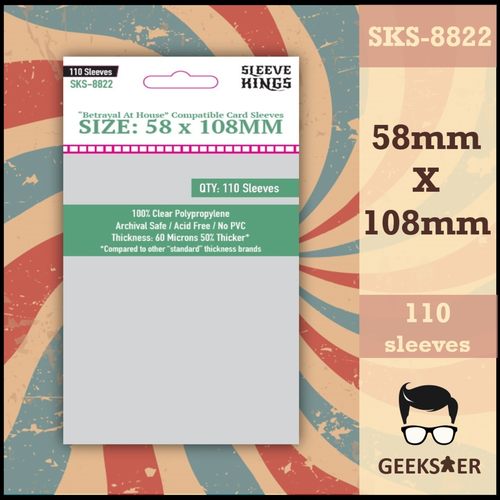 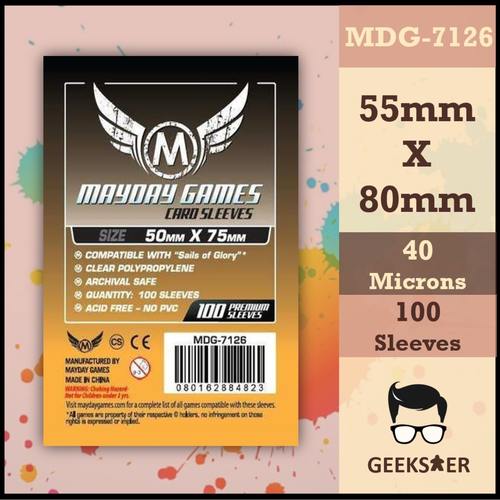 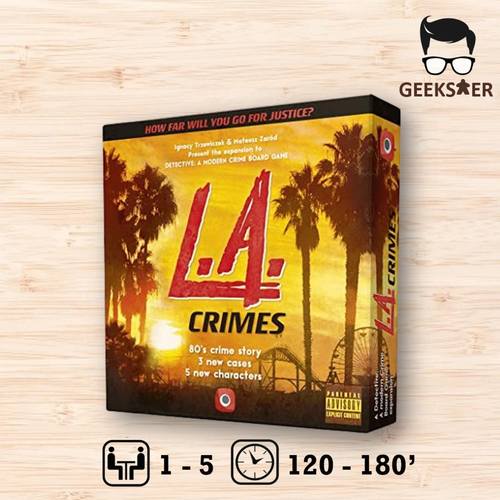